Note: This episode contains a description of a poison gas attack in World War I and a discussion of the injuries caused by different gases. I do not dwell on the details, but even the bare facts can be disturbing. There is also a discussion of suicide. Take care of yourself, and thank you.

The title of this episode is taken from a famous poem by writer and soldier Wilfred A. Owen. His 1918 poem "Dulce et Decorum Est" quotes another poet, the Roman lyricist Horace, and his line "Dulce et decorum est pro patria mori." This translates as "It is sweet and fitting [appropriate, proper] to die for one's country." 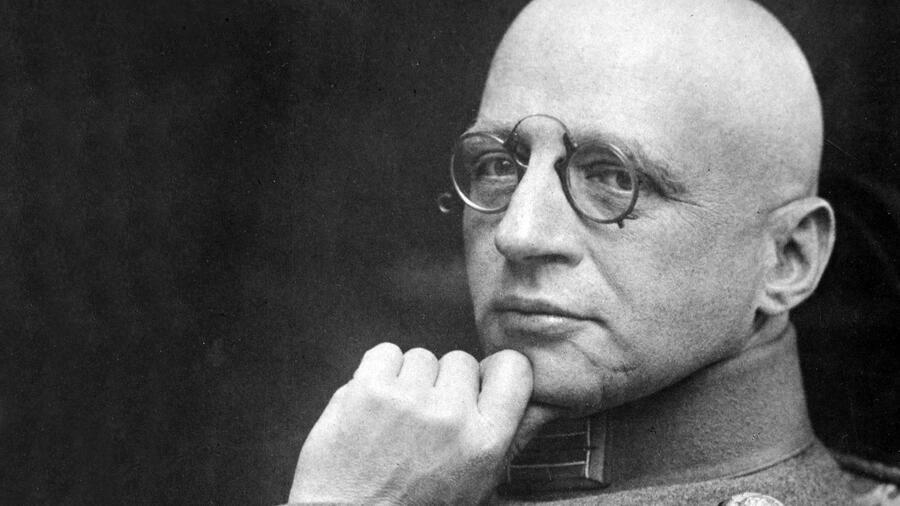 Fritz Haber was born in 1868 to Jewish parents in the town of Breslau, Germany. He received his Ph.D. in chemistry and earned a reputation as a hardworking and painstaking researcher. In 1919, he was both accused of war crimes and awarded a Nobel Prize. Ancient farmers understood the role of nitrogen in the soil, although they couldn't have told you what nitrogen was or how it worked. They knew, however, that land lost its productivity when it was farmed extensively. Farmers could renew their soil to some degree by adding dung and compost to the land. 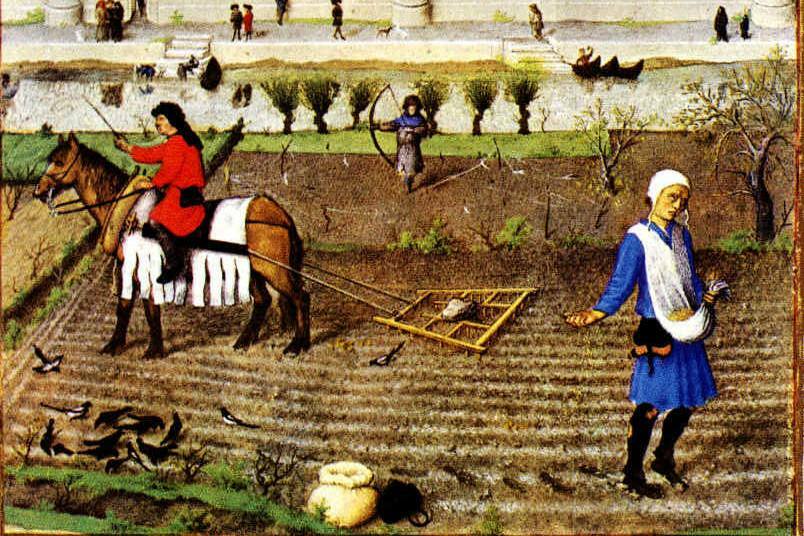 They also knew crop rotation was important. Medieval farmers, such as those seen in this image, generally used a three-field system. One field was used for grains, one for peas or lentils, and one left fallow. 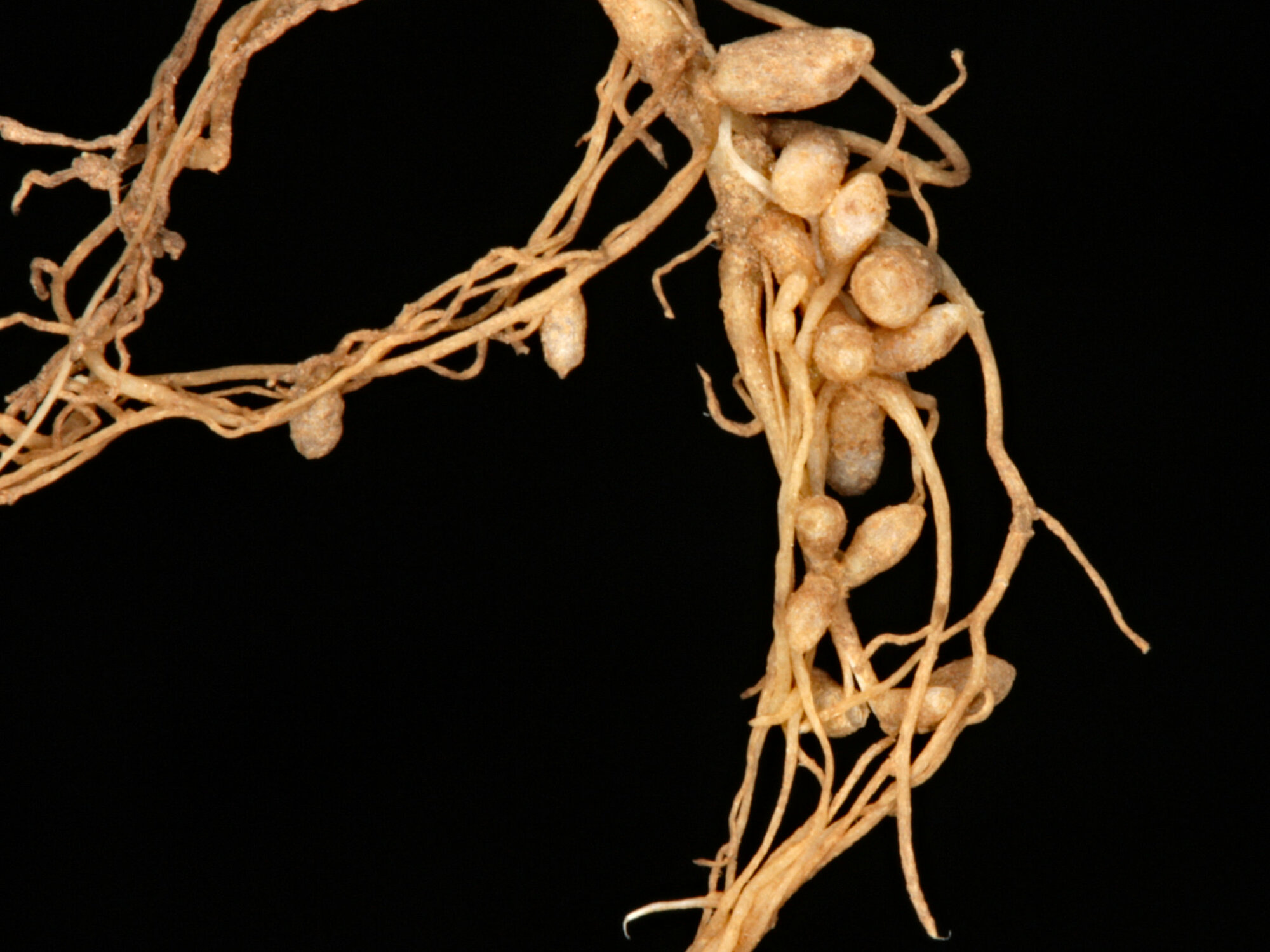 In the 19th century, scientists learned about the role of nitrogen in living things and discovered how certain bacteria are able to "fix" nitrogen and make it available to plants. The bacteria, known as "diazotrophs," are found in nodules such as you see above in the roots of plants such as peas and lentils. 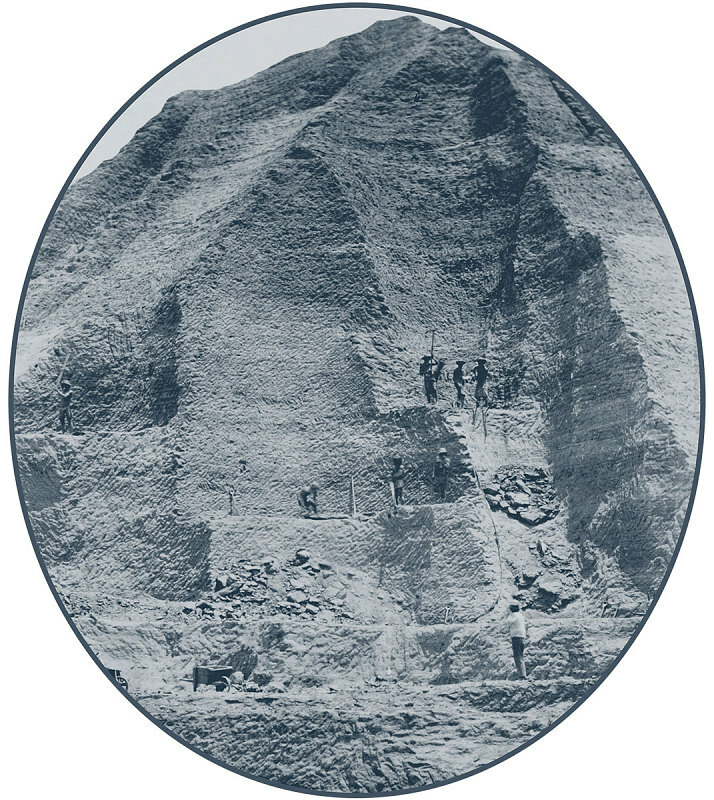 Crop rotation and manure were the best farmers could do until the discovery of the incredible effectiveness of South American guano in the mid-1900s. The above image depicts one of the islands off the coast of Peru where birds had deposited guano for millions of years. You can see the guano formed massive peaks. Miners hacked away at the guano so it could be exported to Europe and North America.

Germany, like most modern nations, became heavily dependent on these imports, both for fertilizer and to make explosives. 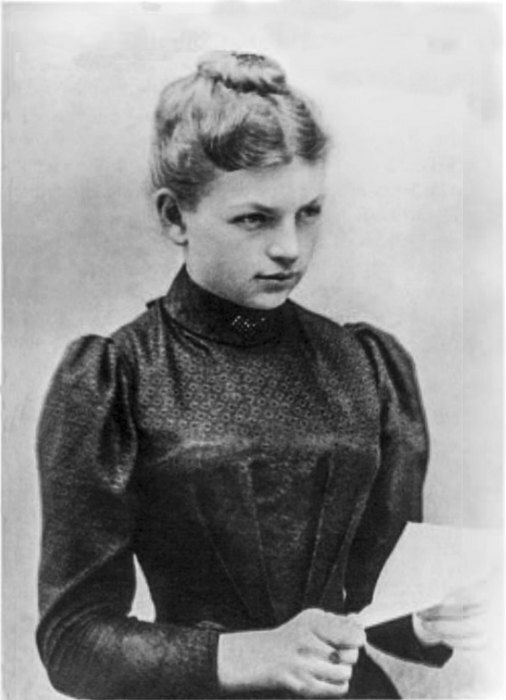 Clara Immerwahr Haber married Haber in 1901. She was the first woman to receive a Ph.D. from her university in Germany, a remarkable achievement for a woman in her era. Haber, however, expected only to keep house. 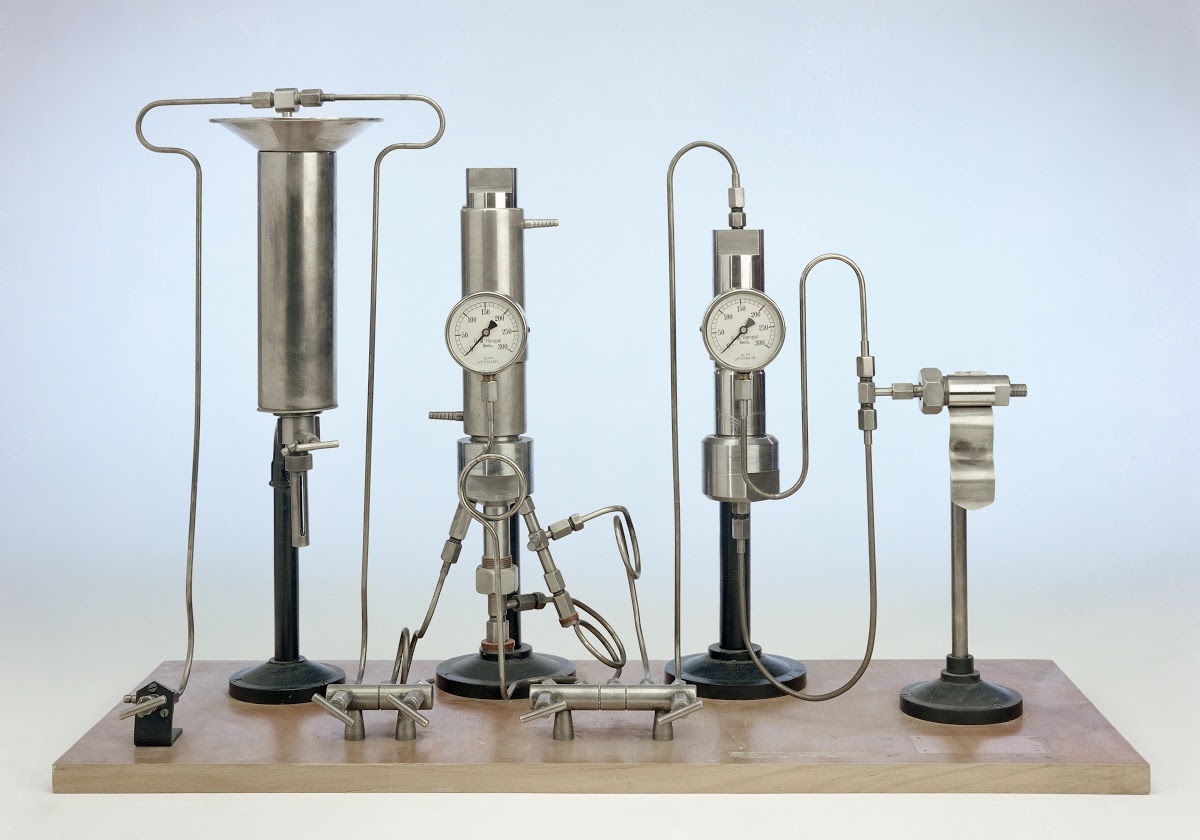 Haber began work on ammonia synthesis in 1904. It was a matter of slow, painstaking work tinkering with temperature, pressure and the right catalyst. Above is a reconstruction of Haber's final table-top process. 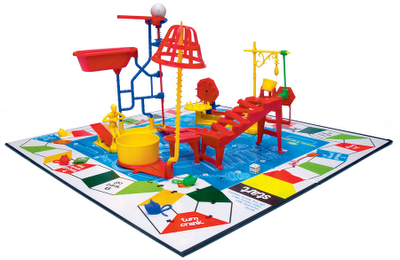 I compared the setup to the 1970s board game "Mousetrap." Haber's setup looks simpler than the Rube Goldberg contraption in the game, but his device was far more dangerous and likely to explode and send red-hot shrapnel flying everywhere. 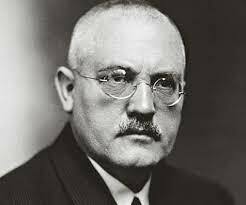 Carl Bosch, a brilliant engineer with the German chemical giant BASF, took over the ammonia synthesis project from Haber. He refined the process and expanded it to an industrial scale. His work was significant, which is why the process is known today as Haber-Bosch. 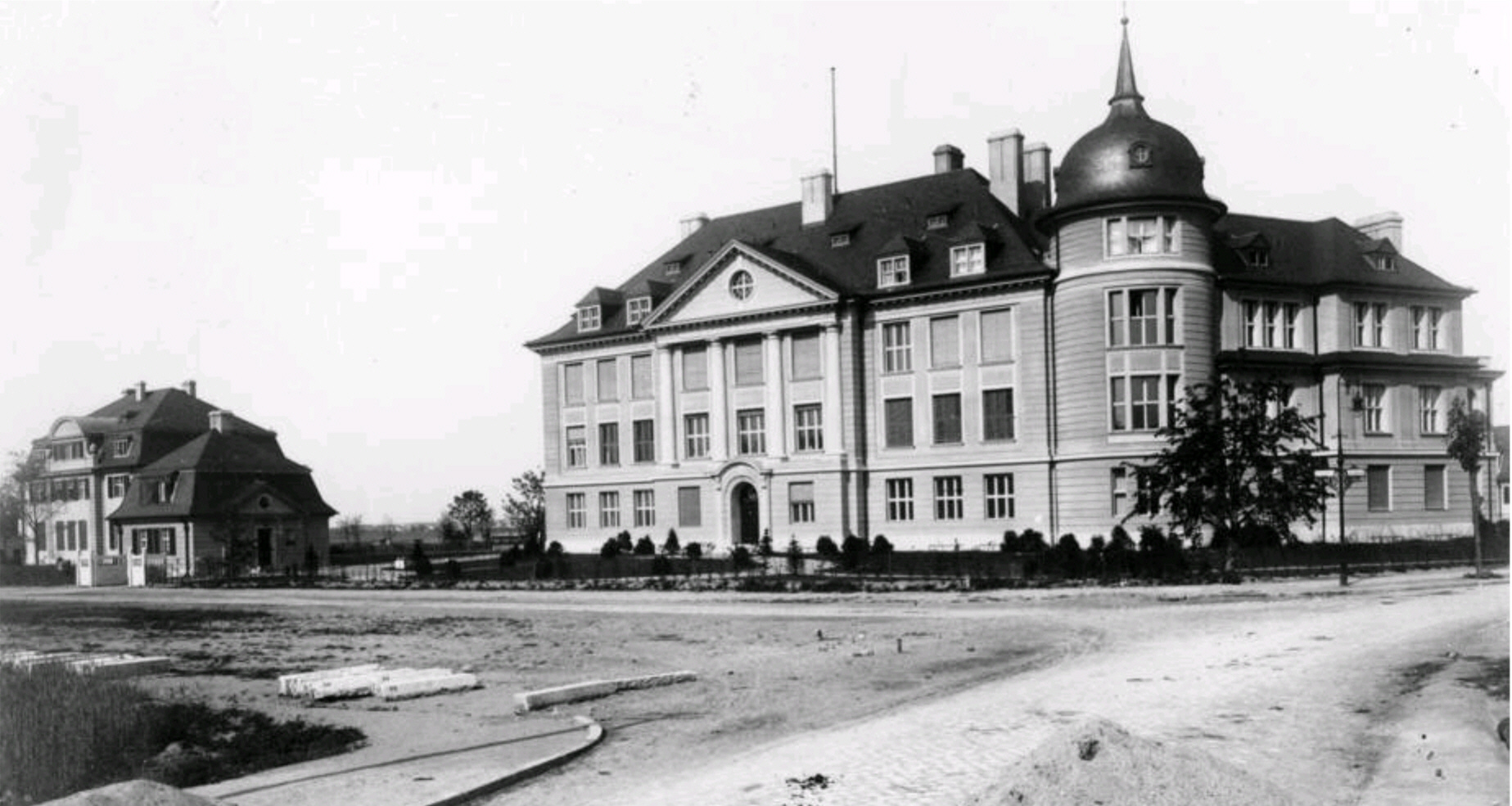 The announcement of the invention of the ammonia process brought Haber international acclaim. His income soared, he became famous in Germany and soonhe was appointed the founding director of the new Kaiser Wilhelm Institute of Physical Chemistry and Electrochemistry. The institute is seen here shortly after its construction in 1911; it was a government-founded research organization and think tank, intended to keep Germany at the forefront of scientific research. 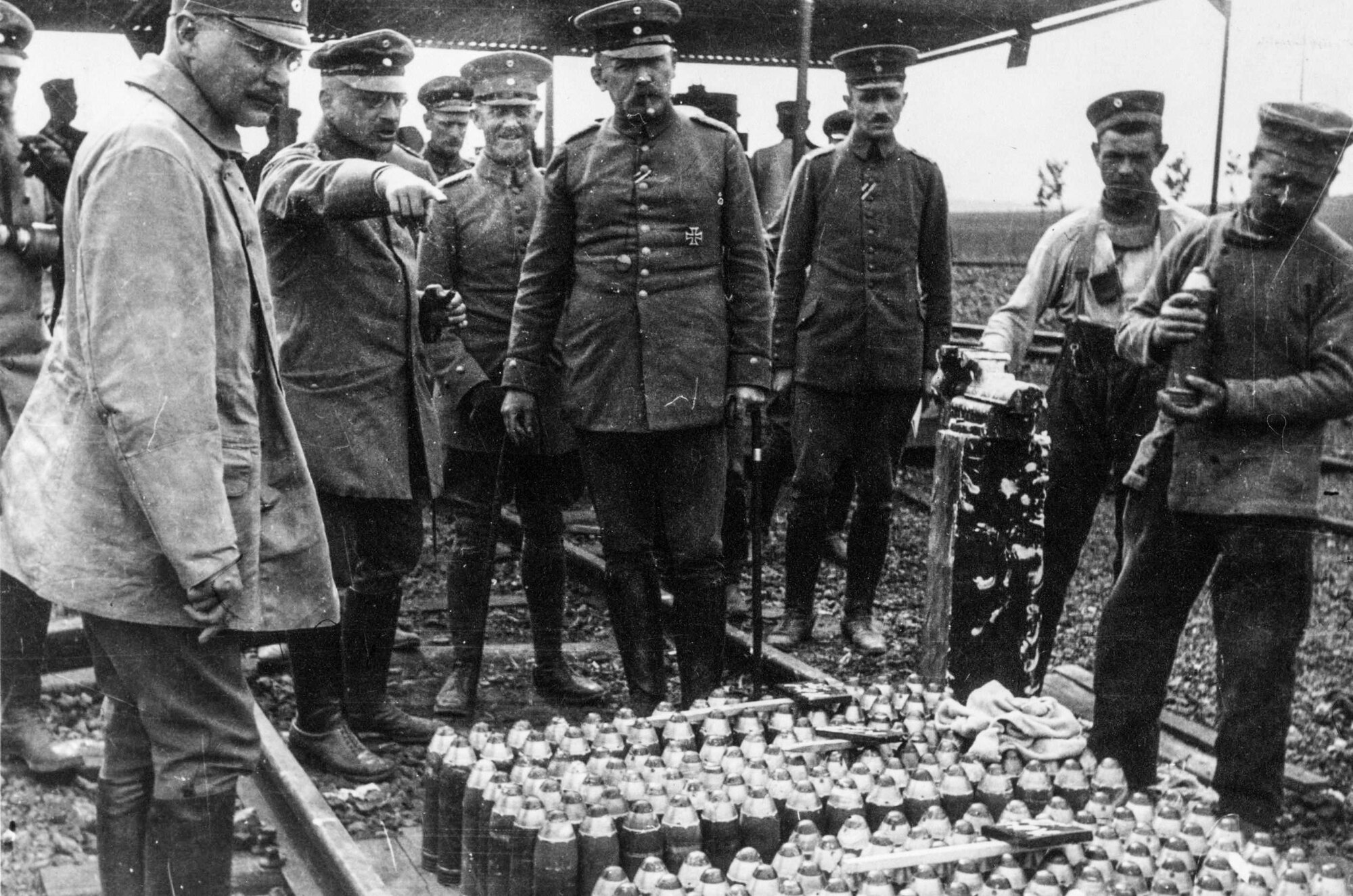 When the Great War began, Haber immediately volunteered for service. He is seen here, at the front; he is the one pointing. He dedicated himself to using chemistry to win the war. One of his first contributions was to convince BASF to convert their ammonia factory to make the starting materials for explosives. This was a critical step for Germany, one that doesn't receive as much attention as it deserves. Without the BASF factories, Germany would have run out of explosives early in the war.

Haber also worked on an experimental program to develop chemical weapons. He eventually convinced the German High Command to test a system that would release the highly toxic chlorine gas across No Man's Land to the Allied troops on the other side. 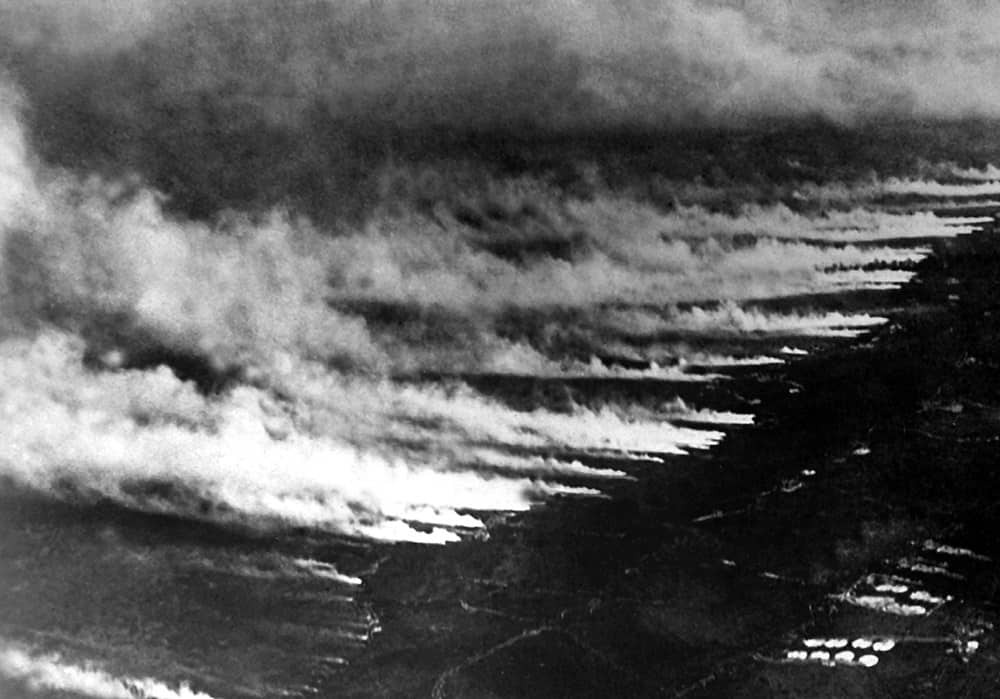 Here you can see the gas flowing across the line toward the Allies at the first attack at Ypres on April 22, 1915. The gas killed or severely injured those who inhaled it in large quantities--and terrified those who saw it in action. This attack opened a four-mile wide hole in the Allied lines, injured 15,000 Allied soldiers and killed 5000. 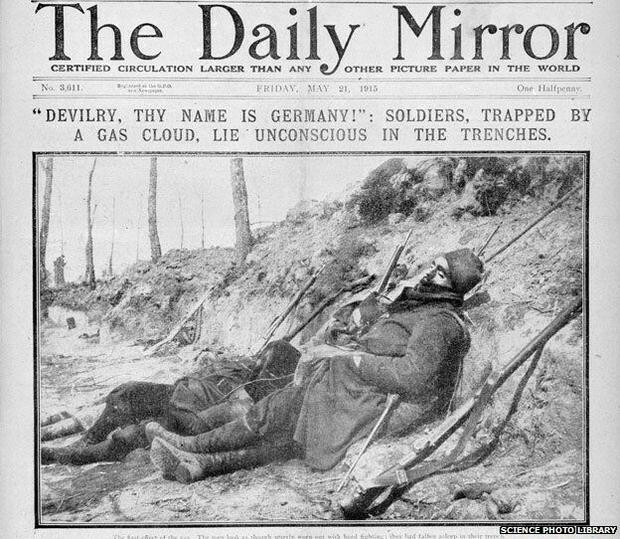 The attack was immediately condemned by everyone except Germany. Kaiser Wilhelm, delighted by the attack, awarded Haber the Iron Cross. 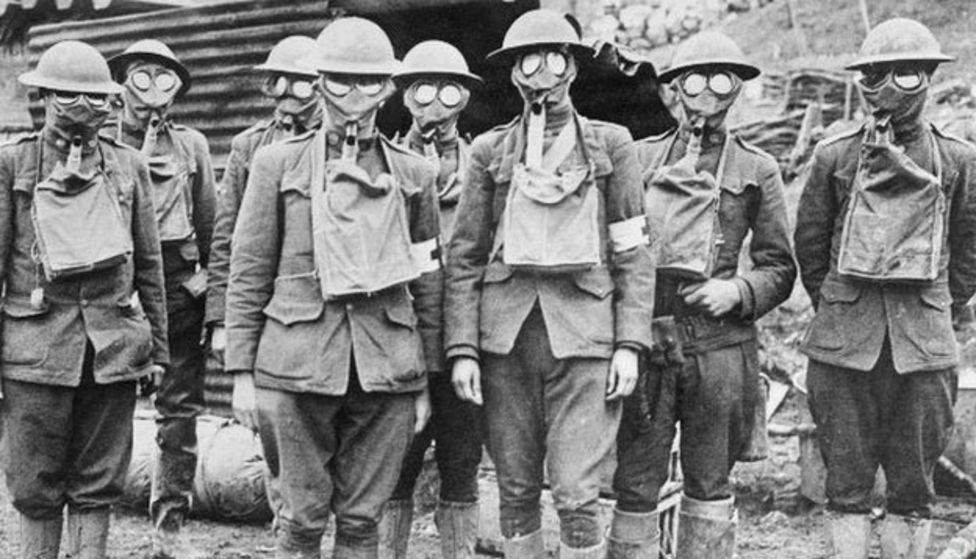 Allied condemnation didn't stop Britain and France from quickly developing their own gas weapons. Both sides regularly tried to poison their enemies with an increasingly deadly arsenal of gases. Simultaneously, gas masks were developed and refined. 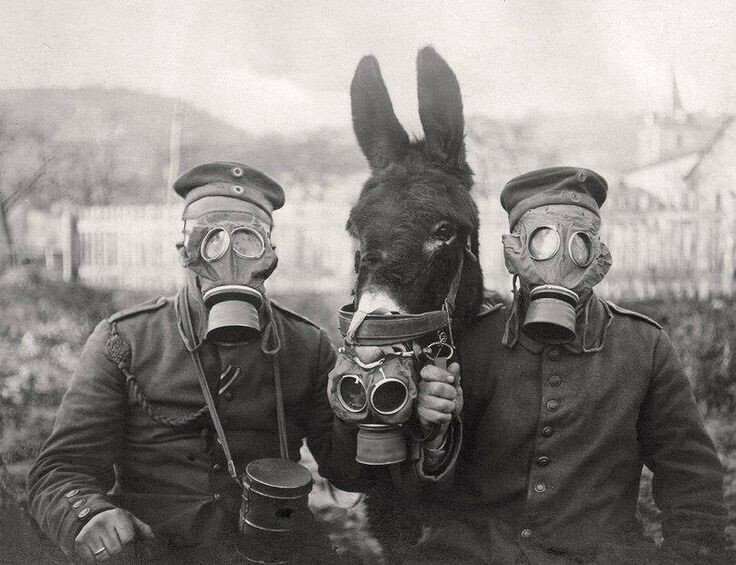 Animals such as horses and mules were widely used to haul supplies during the war, and masks were created for the beasts as well--although they never proved particularly effective. 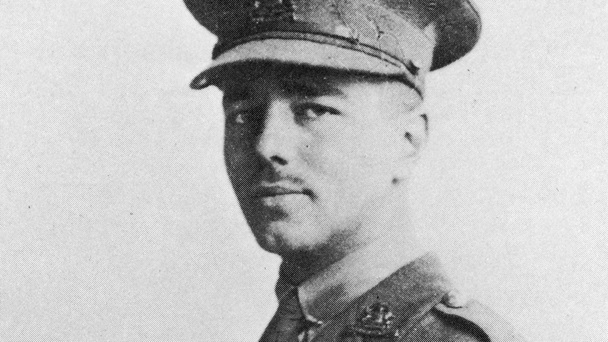 A chilling and unforgettable description of a gas attack is found in the poem "Dulce et Decorum Est" by poet and soldier Wilfred Owen, seen here. You can read the text of the poem here and see actor Christopher Eccleston recite it here.

After the war ended, Fritz Haber fled to Germany to avoid arrest and prosecution for war crimes. After a few months hiding out in Switzerland, he was relieved to learn he wasn't in any danger and returned home. He arrived home just in time to learn he had been awarded the 1918 Nobel Prize for Chemistry for the synthesis of ammonia. The official certificate can be seen above. 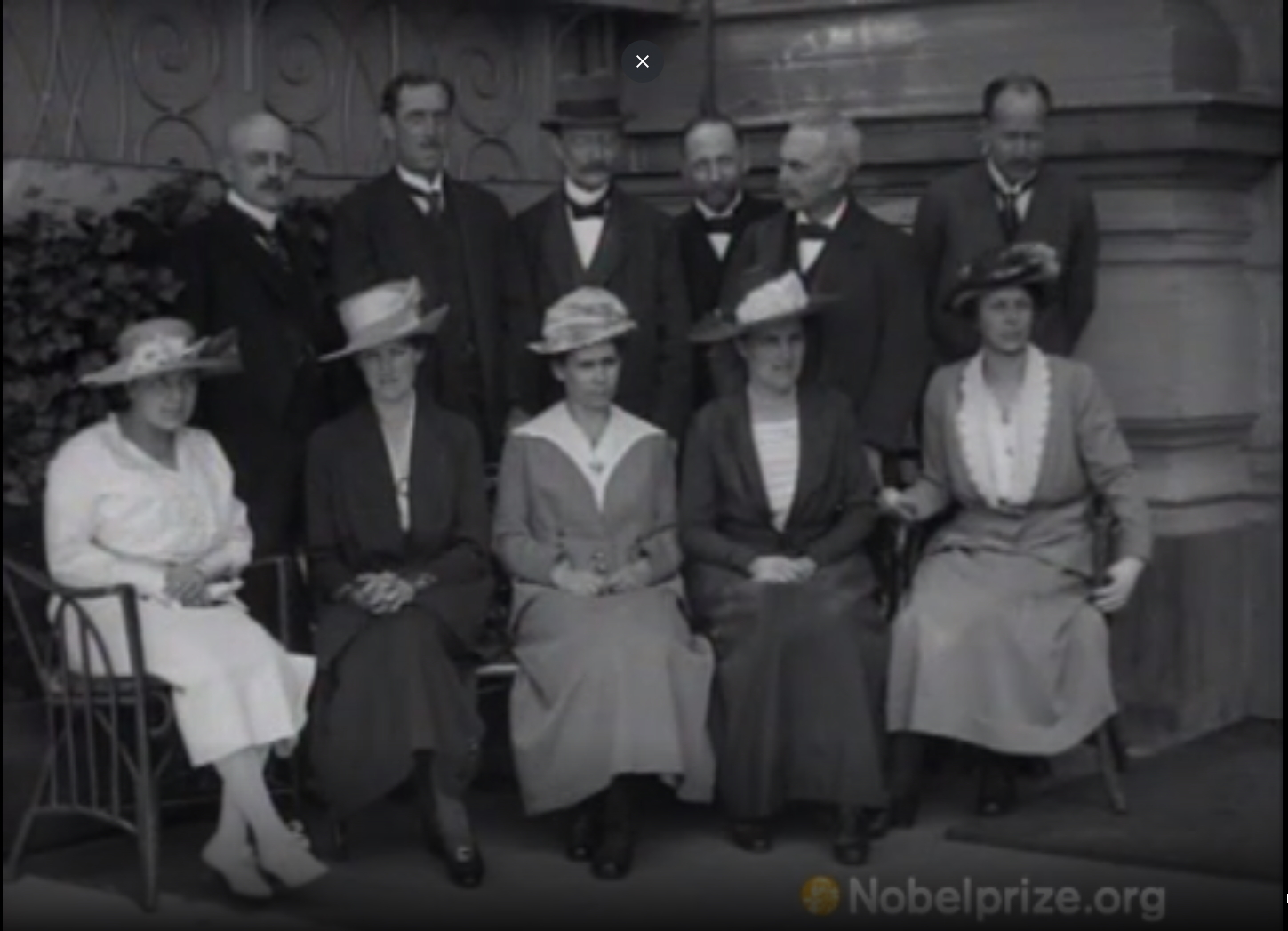 I found a video of several Nobel laureates and their wives posing for a photo at the ceremony in the summer of 1920. Haber is at the far left; his wife Charlotte sits in front of him in white. You can see the entire video here on the Nobel Prize site. I hoped it would give me some glimpse into Haber's character--perhaps you will see more than I see?