The emergence of the flu virus that swept the globe between 1918 and 1920 was entirely unexpected, but the resulting pandemic can't be called an entirely natural disaster. Governments made decisions that made the flu much, much worse, and those decisions would have long-lasting consequences--and leave between 50 and 100 million dead. Colonel Charles Hagadorn was a respected officer who had served in the Philippines, Northern Mexico, and Panama as well as at West Point as a drawing instructor. His suicide was reported across the United States.

Camp Grant in Rockford, Illinois was like many of the army camps thrown together after the United States declared war on Germany. The camp's experience with the Spanish Flu was not unusual; many camps were devasted by the pandemic. In this photo, soldiers at the camp play baseball, probably during the months either before or after the flu, since during the crisis all hands were needed to care for the sick and tend to the dead. 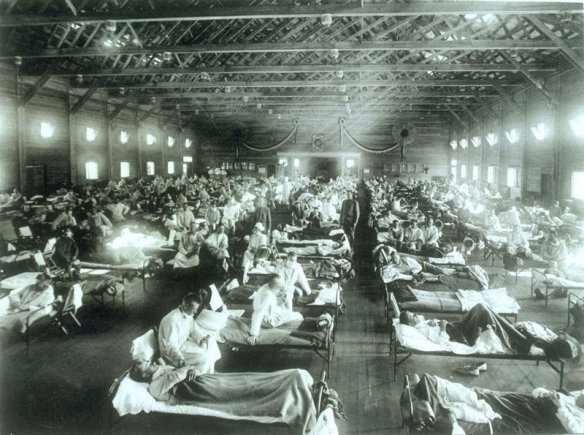 This photo depicts typical hospital conditions in army camps. It was taken at Camp Funston in Kansas, which some researchers believe was where the flu virus originated. Unusually virulent cases of flu had been reported in Kansas, and the camp saw some of the first cases in the United States. That did not stop the camp from sending soldiers to other camps across the country and to Europe. Despite the fact that cases of flu had been reported among navy personnel in Philadelphia, the city went ahead with its massive Liberty Loan parade in September 1918. The streets were packed with several hundred thousand people. Within days, tens of thousands fell ill. As the crisis continued, the Archbishop threw open churches for use as hospitals, ordered seminary students to help bury the dead, and allowed cloistered nuns to serve as nurses. 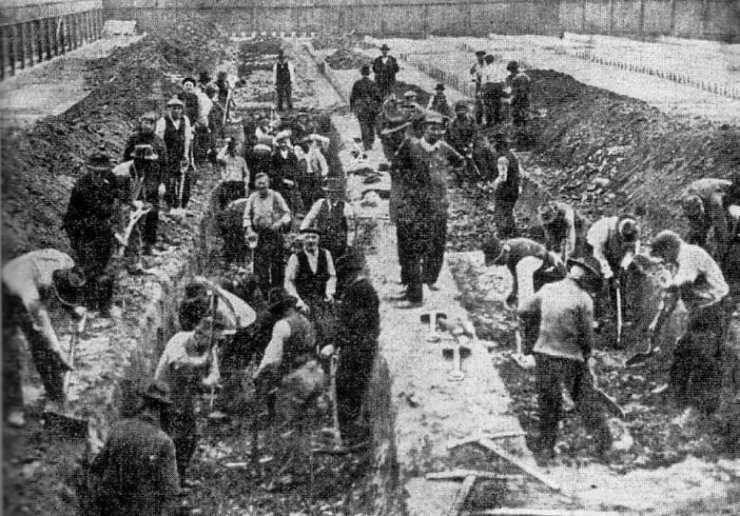 Toward the end of the pandemic, the city had to recruit workers to dig mass graves for the dead. Cities tried to implement measures to limit the spread of the disease. Spitting on the street was a frequent target. 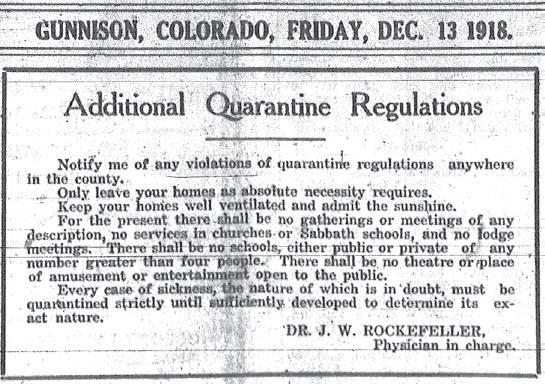 Islands and remote communities tried to impose quarantines to keep out the sickness. Many of these, as in Prince Edward Island, Canada and Australia, proved ineffective. However, Gunnison, Colorado's strict restrictions kept the flu out of the community. 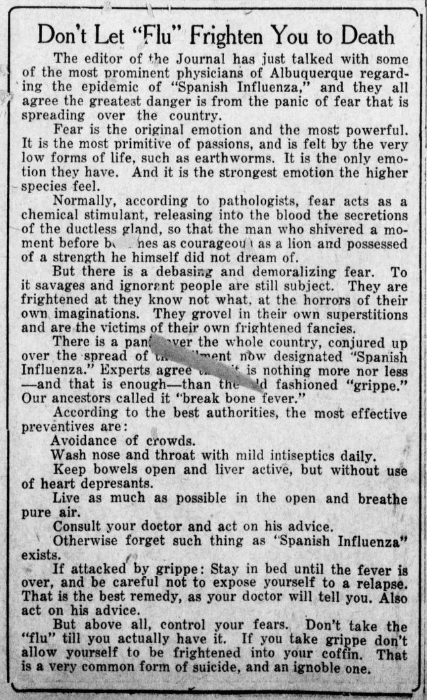 Despite the dire situation, many governments tried to downplay the seriousness of the flu. They considered it important to maintain morale and avoid panic. The Albuquerque Morning Journal argued that fear took more lives than the disease. The flu was a global disaster, although I have found it difficult to find photos that give a real sense of its scope. This image is from Tokyo and shows schoolgirls wearing gauze masks in an attempt to prevent spreading or catching the disease. Masks were worn around the world during the flu outbreak. I mentioned in the episode the terrible losses in Bristol Bay, Alaska. Native villages across Alaska were hit particularly hard by the flu, and thousands of orphans were left in the aftermath of the pandemic. This photo shows a group of these orphans at the Kanakanak government orphanage. Mohandas K. Gandhi, seen here in a photo from 1915, was one of many political and social leaders who became seriously ill with the flu. 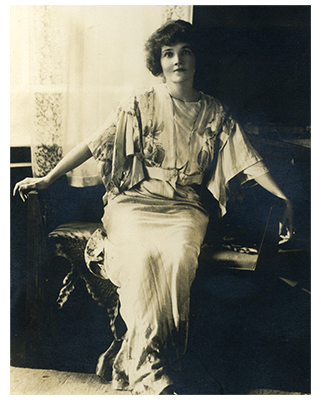 Katherine Anne Porter, pictured here about 1912, nearly died in the influenza epidemic and was one of few writers of the era to chronicle her experience. It is a truth universally acknowledged that no matter how terrible the crisis, someone will try to make money off of it. The Victor Victrola dealer of Billings, Montana, for example, informed the public they could still enjoy music even while concert halls and movie theaters were closed if they bought their own record player.