Americans felt under attack in 1919 as a series of riots, strikes, disasters, and bombings hit the country. After radicals attempted to blow up the house of Attorney General Mitchell Palmer, he decided enough was enough. It was time to stop the Red Menace using any means possible. But would Americans tolerate the loss of their civil liberties in the pursuit of Bolsheviks? A. Mitchell Palmer's home was devastated when a bomb exploded at his front door on the night of June 2, 1919. If Palmer had been at his usual spot in the library, he likely would have been killed. 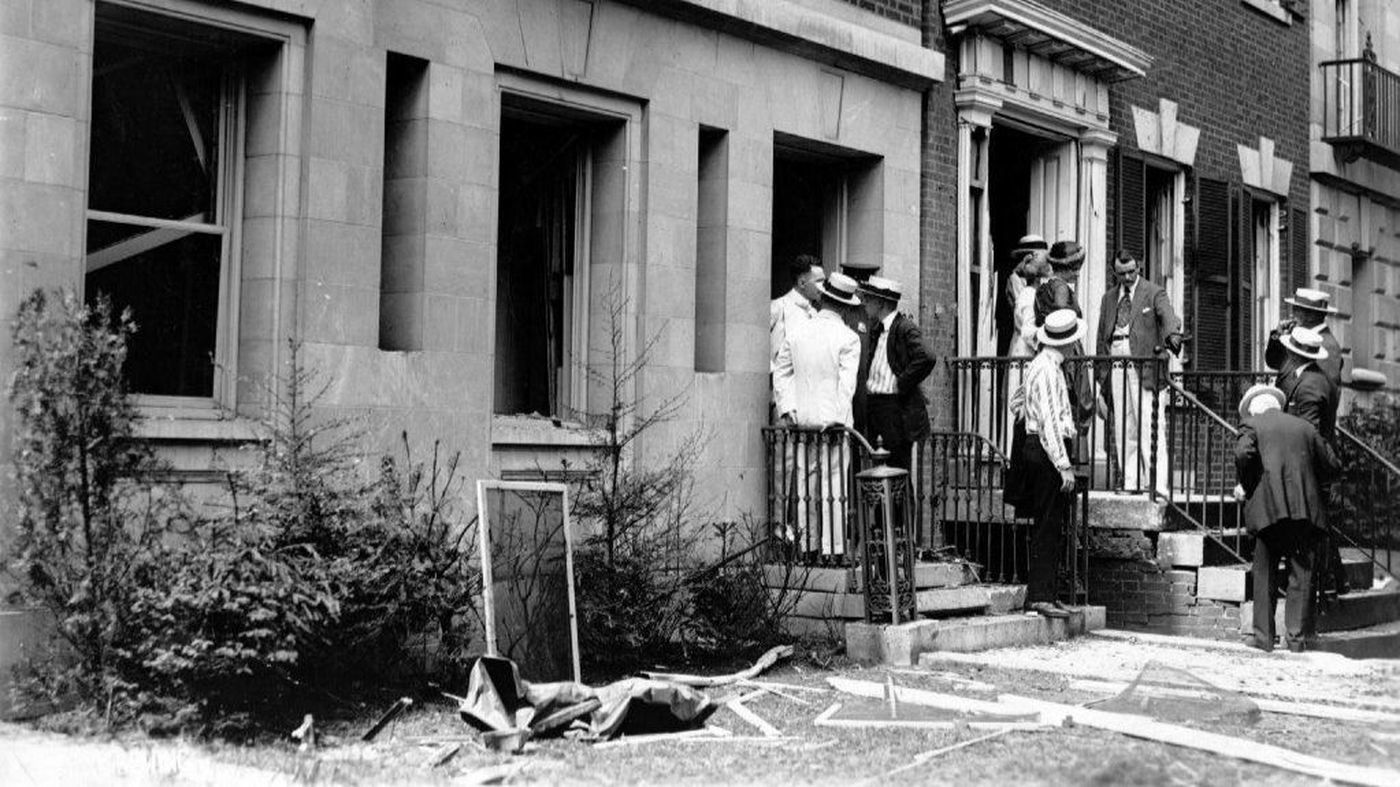 This is another view of the blast damage. Notice that all of the windows and the door were blown out. 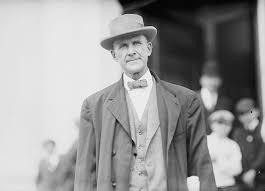 Eugene V. Debs serves as a case study of pre-war opinions about socialism. As leader of the Socialist Party in America, he was considered leftist, but not radical--until the Russian Revolution changed attitudes about anyone or anything related to communism. For saying basically the same things he had been saying for years, Debs was tried under the Sedition Act in 1919 and sentenced to ten years in prison. 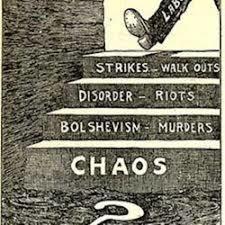 Many Americans believed in the progression laid out literally step by step in this political cartoon. Disturbances such as strikes would lead inevitably to Bolshevism and chaos. 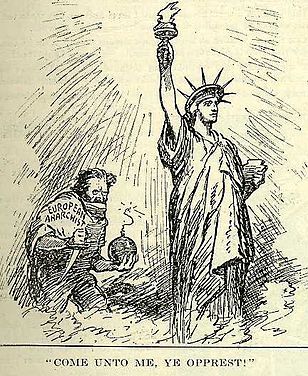 The majority of people believed that immigrants were mostly or wholly responsible for radicalism in the United States. It seemed the easiest solution was that proposed by the 1918 Immigration Act: deport them all. 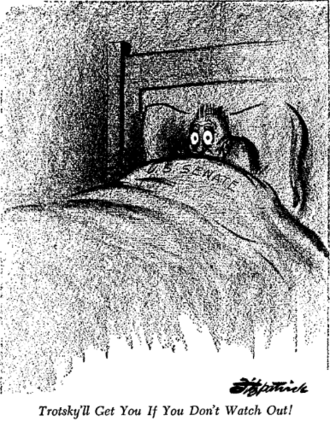 To be fair, not everyone believed the Reds were an imminent threat. While many political cartoons fed the fear, others mocked it, like this example, which pointed to the hysterical tone of the Overman Report. 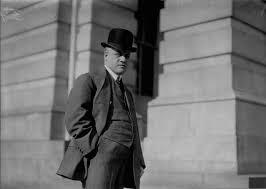 When A. Mitchell Palmer took the job of Attorney General in March, he was among the moderates. Everything changed when his house was blown up--and really, you can hardly blame him. 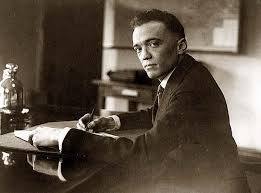 Palmer placed the young but well-liked and hard-working J. Edgar Hoover in charge of intelligence for his Red hunt. Hoover quickly gained the trust of his boss and ultimately managed all of the planning and operations details of the November and January raids.

After the November 7th raids, 249 people were deported to Russia. The sailed on the Buford, a ship that Hoover arranged to borrow from the war department. It became known as the Soviet Ark. Up to ten thousand people were rounded up in the January 2nd, 1920 raids. Individuals were arrested, searched, and held without warrants, often in deplorable conditions. 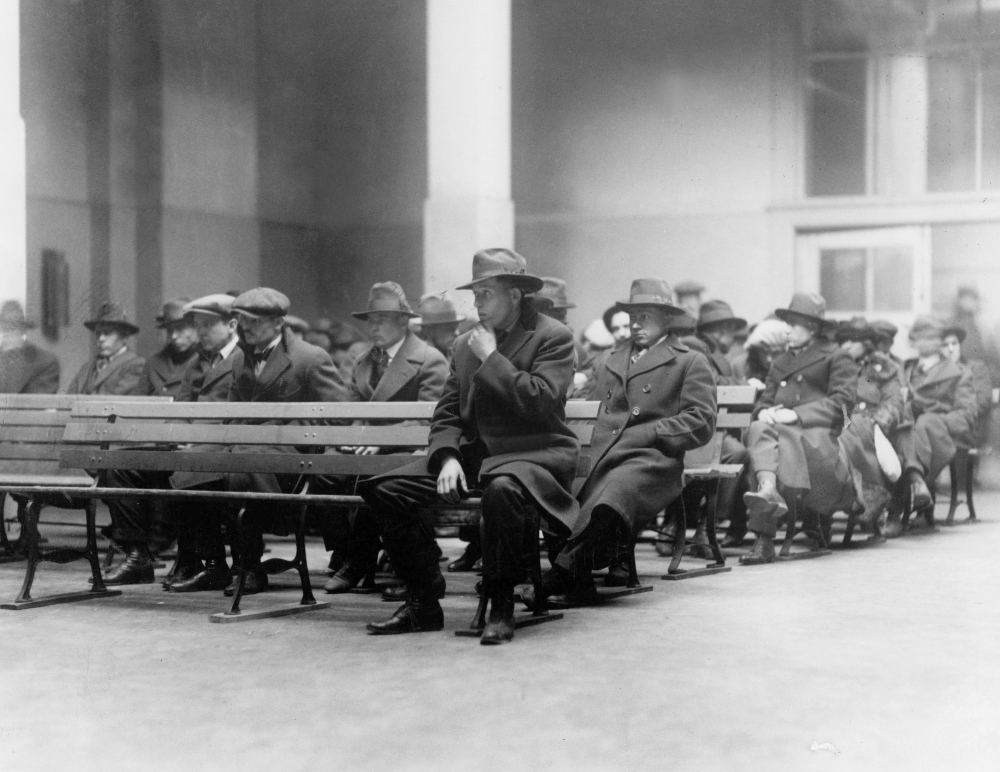 Deportation hearings began almost immediately. This is a photo of men waiting to be called for hearings at Ellis Island. It was an incredibly fraught situation. Many of the suspected radicals had lived in the United States for decades. They had families and children--and their children had often been born in the U.S. and were therefore citizens. 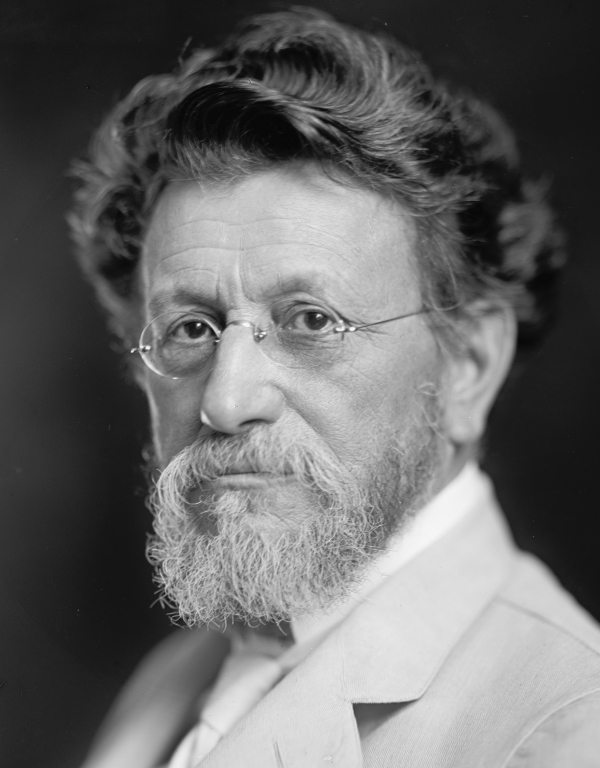 Assistant Secretary of Labor Louis F. Post insisted on full constitutional protection for those rounded up in the Palmer Raids and ended up dismissing the majority of cases. He infuriated Palmer, who arranged for him to be impeached by the House of Representatives. Post's testimony was a major factor in Palmer's downfall. 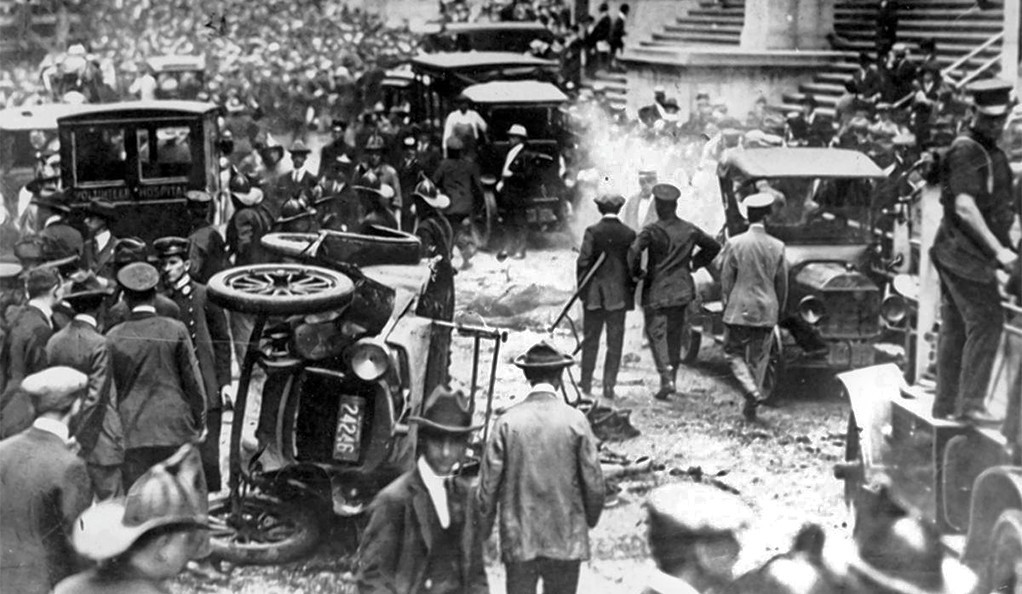 After all was said and done and the panic subsided, the anarchists struck again. The 1920 Wall Street Bombing left 38 dead and hundreds wounded. It was likely the work of the anarchists, who still had not been captured.

If you are not familiar with the fantastic resource that is the Library of Congress Chronicling America site, let me introduce it to you. It contains scanned newspapers from across the country and the decades.

Click here to find the results of a search of headlines nationwide on June 3rd, 1919, the morning after the bomb attacks. It's fascinating to compare the headlines and see what else was considered important that day.

Then have fun looking up more dates and more newspapers. You'll probably be there some time.